Jai & Ashleys Indian Wedding in the U.K. by Marry Me - The Wedding Planners

Jai and Ashley surely had an Indian wedding that will b remembered for years to come! They first decided to get married in Mumbai, India and have a private ceremony. This was their first visit to India and hey hired Marry Me – The Wedding Planners to manage their Indian wedding ceremony. Private ceremony literally means just the both of them. They had no guests and this was the first wedding that we ever did that just had two people.

They then went on to have a reception in Blackpool – U.K. that we helped out with. This was truly exciting as there were many surprises arranged for the guests, and each other, who had no idea of surprises one had for another. First, the couple has engaged the UK TV game show host Roy Walker (from the ‘Catch Phrase’ tv game show) to be the emcee of the night, 2 magicians to entertain guests with some amazing magic tricks, and some Blackpool showgirls for the guests photo-taking session. Just when we thought the surprises were good enough for the night, there were more to come Jai had brought in the best bhangra heads to perform on stage, and they were really good!!

Well, that was not it. They had the famous band B21 to perform a live sing to the guests towards the end of the night. The band has turned the heat up and everyone sang and danced along to their popular bollywood tracks!! The surprises kept going, Ashley had a surprise waiting for Jai to unleash… but the rules are Jai had to play and get the answers right for the CatchPhrase game in order to get the clues for their honeymoon location. Well, that was not tough at all for Jai, she got the location right at her third box selection (3rd clue) out of the nine boxes given!! What can we say, it was a night full of surprises for the couple and the guests… and for us too. Their Indian wedding was super rocking as very close to an Indian wedding back in India! 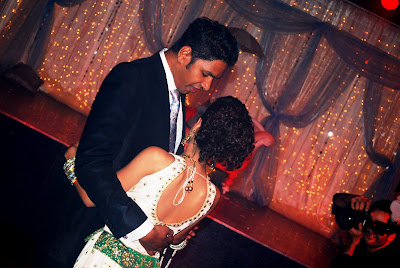 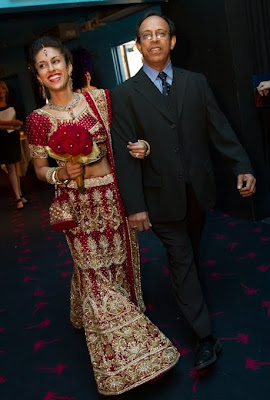 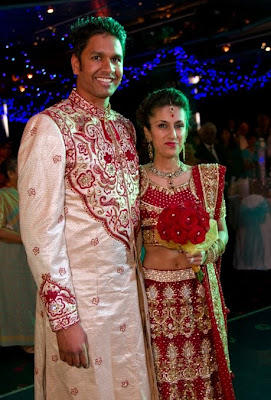 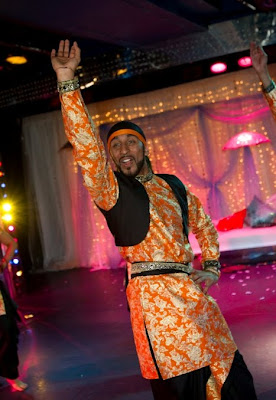 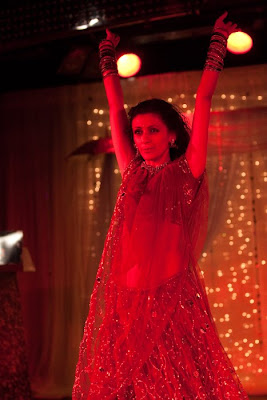 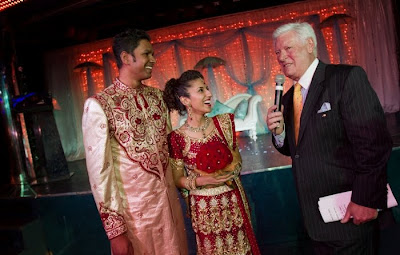 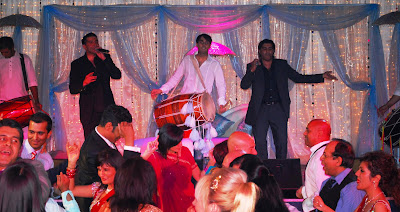 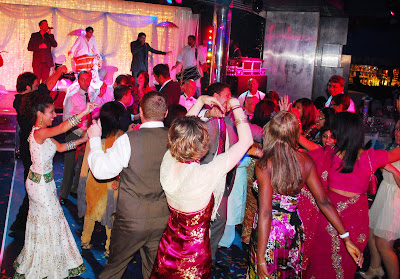 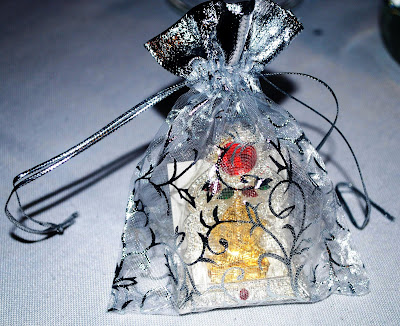 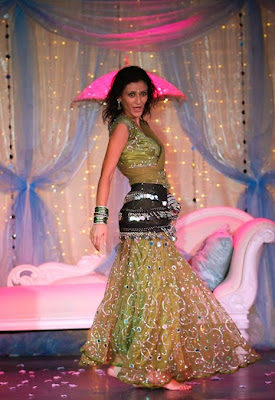 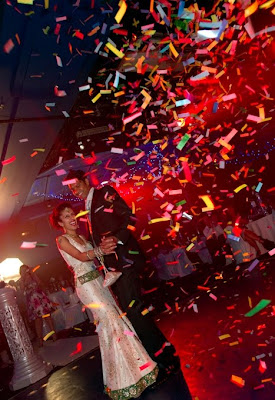 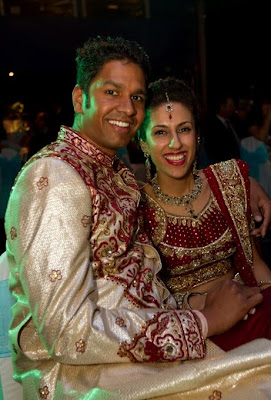 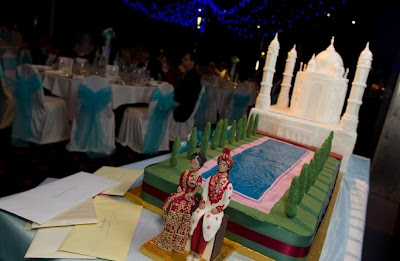 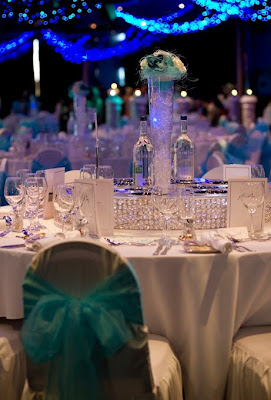 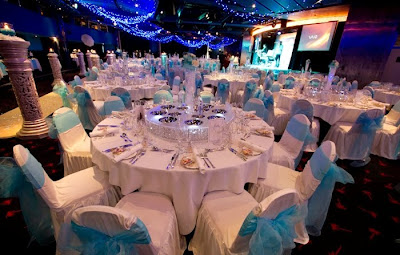 Posted by The Indian Wedding Blog at 5:01 PM