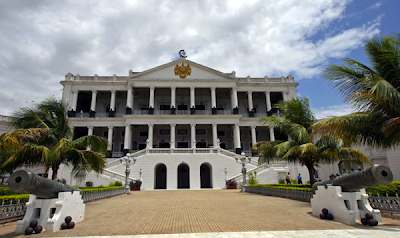 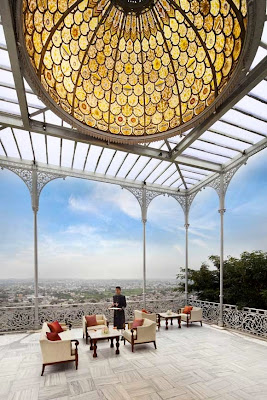 This is a little late coming, but I just had to do a post on this exciting proposal we planned. Yes, we at Marry Me, do occasionally plan proposals too. We help pop THE question in style!

So, the groom to be approached us a while back and shared their story with us. They had been on a few holidays together – seven to be precise. Well now being planned by us, was holiday number eight.

So their first holiday together was to Udaipur where they stayed at a palace property. After that, the holidays that followed were a series of trips all around the world. And now, for surprise holiday – number eight – we suggested a property that is just magical and opulent – the Taj Falaknuma in Hyderabad. This palace property is the former residence of the Nizam of Hyderabad and has been carefully refurbished by the Taj so that their guests can experience hospitality and royalty just like the Nizam would.

Flights booked! She thought he was taking her to accompany him on a business trip. Dinner at the Falaknuma Palace planned! A six course Hyderabadi dinner, violinist to play their favorite songs, flowers and candles everywhere. Super sweet! And then the big moment! He handed her eight cards – each with a photo on them from each of their trips together with a special line about that trip handwritten by a calligraphy artist. And of course, card number eight – had THE question and a picture of them at Falaknuma – clicked when they entered. Of course, she said yes! We wish the lovely couple a beautiful life together!

Posted by The Indian Wedding Blog at 11:48 AM